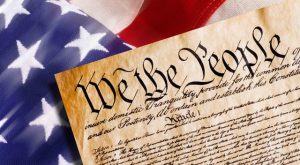 The End of Our Republic?

The 2020 election cycle may well be our last “Free & Fair” election as the Federalist Creation our founders envisioned – The United states of America comes under attack from multiple sources.

The “Fake News” movement has grown into a leftist – activist monopoly of distorted news and information that is conspiring in unison – with uncanny precision to radicalize our youth, tear down our traditions and erase the American story – turning the United States into a Racist, evil and despicable place, rather than the actual global beacon of freedom, hope, prosperity, tolerance and safety it really is.

The melting pot… Has become the boiling pot – and the United States of America – is suddenly transmogrified by the far left from the land freedom, self-government, prosperity, greatness and integrity into a cesspool of hate and corruption.

The “Trump effect” has exposed the sickness of the Bias news cabals, joined at the hip with radical leftist politico’s and  their affection for socialism and the ruin of America by any means.

Success is now a bad thing? White euro-centric people are now a stain on the human race – apparently for their success?

They want to pack and politicize the Supreme Court – which completely guts the concept of “separation of powers” that we need to survive as a free people.

The fundamental essence of freedom is that speech is protected for the purpose of giving every view a chance to be heard and considered, without that protection there is no freedom – The irony being that the “Media” is the main culprit – driving the mass hysteria – pushing the lunacy meant to destroy the very thing that gives it life? It’s professional suicide!

Once “Free Speech” is gone – the balance of Constitution will fall away rapidly.

At the core of the assault – there is a determined effort to overthrow the concept of God – And once God is cast out – the protection that we’ve been blessed with will go with him.

Morality is fading fast in America – Abuse of all forms of dope, booze, sexual deviance, human cruelty, mental illness and secular humanism are rapidly filling the space once reserved for the Creator of the Heaven’s and the Earth – and God’s teachings.

We’ve seen similar Satanic attacks in history – ancient Rome, Greece and many other past civilizations put to ruin by this same form of Godlessness and intellectual filth – all a pack of lies!

Leftists think they are winning this battle – but it’s a war – and God always wins! Good always triumphs over evil… It is the nature of God!

Leftists are actually signing their own death warrants – sadly.

The “Good” men will rise up and cast out these demons – and blood will spill by the barrel full in every city.

Prepare my friends – as the pressure is well past the point of no return! This thing is going to blow! I anticipate that this 2020 election will be the catalyst for a revival of the “real man”.

Maybe something better lies beyond the great experiment of this once grand republic – who really knows?

But my advice to all is to prepare, be ready, know what lies ahead – War is coming to your backyard soon – and I don’t know with certainty that we can survive it. But we will fight back – we will destroy the enemy… we will do all we can to win!

Be well, be careful, be alert and do your part – we’re counting on you to carry your load!