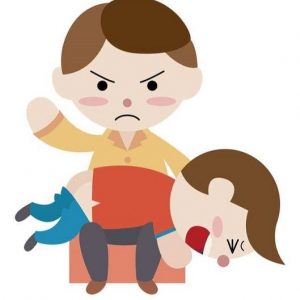 With mass shootings rampant, people, politicians and law enforcement are searching for answers – asking why?

Clearly, broken homes, single parent families, a lack of moral teaching or dependable moral example, the drift away from Christian beliefs and a regular church life in the USA have complicated the basic construct of family.

The Political Correctness bullies have contributed to a new kind of American male! Boys are no longer allowed to grow up as “boys” nor are they encouraged to be “real men”.

Parents, teachers and the populous in general – fail to recognize the importance of the “Playground Hierarchy”

Young boys begin to develop both physically and cognitively at a very young age. Their hormones start to engulf them, they are males, they seek to find their place in the courtship of male dominance.

But – today’s educators, parents, witch Doctors dressed up as psychologists, Psychiatrists, counselors and “Therapists” have forcibly suppressed this ritual to manhood that has served humanity well since the dawn of time.

The natural ascension of young men in that hierarchy is paramount to the individual male recognizing his own internal sense of self, of belonging and place on that ladder.

Those skirmishes, fist fights, dealing with bullies, the arts of negotiation, self-discipline, cunning and intellect are the basis of all “manhood” Learned on that 1st battlefield – The playground!

When you reject the natural tendencies of young men to grow into real men – by artificially suppressing their natural course of development – with lunacy like “Mediation” etc. You essentially put that natural inclination into stasis – and believe you me – it will ultimately reveal itself – one way or another.

As the old adage states; Boys will be boys! Trying to make boys interact like girls is a huge and deadly error in thinking – it will and does lead to disaster.

Failed philosophies about parenting – beginning with discipline free upbringing – ideals popularized by the infamous “Doctor Spock” have brought us to a point where we now have public lunacy replacing reality – people pretend to be confused – uncertain – powerless. And common sense has been eradicated all across this once great nation. (The inmates are literally running the asylum).

My father describes it as a national immaturity crisis – he says “people just flat out refuse to grow up”.

I agree with dad – But also see it as a national spiritual crisis – as people refuse to respect, adopt and live by the word of God!

Until very recently – Who the hell ever heard of “Gender Confusion”?

Secular humanist influences – propagandized in the public-school systems – has become proactive and invasive! Literally outlawing “maleness” As in the new disgusting terminology “Toxic Male” As if being a man is equal to a deadly poison or killer virus? This not going to help end mass shootings or violent outbursts… PLEASE STOP THAT CRAP!

Used to be people had no issue with basic science – Chromosomes were chromosomes! Girls had “innies” boys had “Outies” and that was the constant that kept us all sane, morally inclined and insured our survival as a species.

Yes, there were always deviants, folks who, for unknown reasons, had different – some might say bizarre sexual appetites. We have always had and will have people who adopt non-traditional relationships. While as a Christian I object to the immoral elements as the Bible teaches, as a freedom loving American, I respect the individual right to live and let live. (Just don’t harm innocents or impede my 1st amendment right to object please).

If we want to minimize the adverse effects of societal decay, stop the madness of renegade mass shooters… then we need to stop suppressing our young boy’s natural growth patterns and let them find the path as the creator (or nature) laid out. Stop making boys into sissies, pansies, wussies. Let them “express” their juvenile tendencies of dominance and social placement by trial and error.

The most dangerous and deadly thing this society can do is continue this lunacy that males need to be feminized, to bring peace to the land – the exact opposite Is true – and while I haven’t done a deep dive on the statistics, A general perusal of articles that pop up on the topic with a basic search engine probe – will lead you to the same conclusions I have made here. I am sure of that.

It is so prolific now as TV commercials depict men as dolts, morons, dumb-asses while depicting females as the calm, cool, stable sex.

Just watch a few hours of network TV and judge for yourself – it is down right disgusting the way they push this agenda. And sadly, they are not helping make men “safer” to be around, rather they are stirring the embedded rage forced into dormancy by well meaning (or evil) morons – That closeted rage is just waiting to bust out and consume the poor bastard by unbinding those suppressed emotions (all at once like a Tsunami).

My advice for a long-term resolution to the mass shootings problem is to restore God and family values in the home – revere, worship and obey Gods word! And end this politically correct, man hating insanity. Let boys be boys, girls be girls and let parents’ parent. 6000 years of recorded history suggests I am right – and the modern influencers are totally insane!

Roger Fredinburg has been a nationally syndicated radio personality for over 30 years (retired). He is a husband, father, grandfather and unapologetic, faithful follower of Jesus Christ. Contact Roger at RadioRoger@GMX.com